UPPMAX hosts research projects in many different fields. If you are an UPPMAX user and want your research to be featured on our website, please contact support@uppmax.uu.se and we'll be happy to have you.

Understanding human history is a complex task where information can be gained from genomics, linguistics and archaeology. In the 20th century, the field of archaeology dominated the scene, which usually conjures images of dirty shovels and museums stacked with sarcophagi. In recent years, however, great advances have come from ultra-sterile laboratories and racks of high-performance computer equipment. 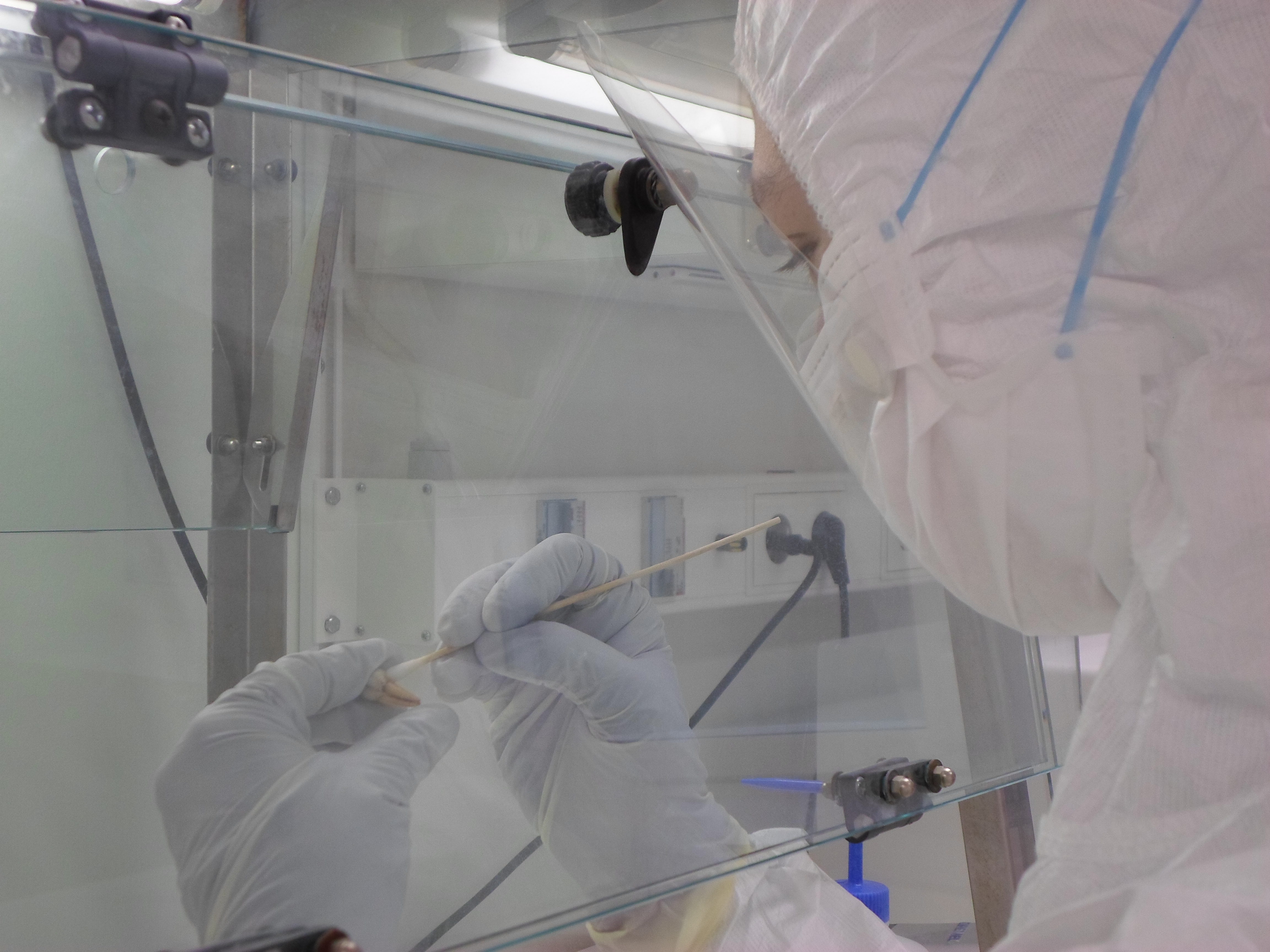 Arielle Munters is a bioinformatician in Mattias Jakobsson’s lab at the Department of Organismal Biology at the Evolutionary Biology Center at Uppsala University. While the lab also works on modern data, Arielle is involved in the part of the group that analyses ancient human genomes. This field of research has grown rapidly with the availability of genetic sequencing technology and is now capable of answering questions about prehistoric events that were hitherto shrouded in mystery. Arielle studied engineering physics with bioinformatics specialisation.

Many of the ancient genomes in the lab are more than 5000 years old. Over this timespan, practically all soft tissues are destroyed, leaving only bones. Deep inside bones, material can remain intact enough to contain useful DNA. However, DNA decays over time, literally falling into pieces. At the same time, bacteria and all the other microorganisms found in dirt contaminate the human DNA with their own genomes. The hardware and software technology necessary to retrieve, reconstruct, and analyse genomes from damaged and contaminated DNA samples is only about a decade old and is under continuous development.

The technical challenges only render the results that Arielle and the rest of Mattias Jakobsson’s lab have produced all the more impressive. A project that involving one hundred ancient Scandinavian genomes was completed in late 2016, and a follow-up project was launched to sequence one thousand ancient genomes from Eurasia. Already, we’ve learned surprising information about prehistoric mass migrations into northern Europe. For example, while the migration that brought farming to our region involved entire families from Anatolia, there was a second migration from the East that consisted almost entirely of men and lasted for decades. Now that biologists have discovered how these migrations took place, anthropologists can begin to investigate the forces that drove them.

The sheer amount of work that goes into these studies is staggering. The Jakobsson Lab is not only the single largest user of the National Genomics Infrastructure (NGI), which sequences the genetic samples, they are also the single largest user group of storage and computational resources at UPPMAX, mostly relying on the SciLifeLab Compute and Storage cluster Milou and its storage system Pica. Most of this computational work is a direct consequence of the  degraded and microbial contaminated sequence data retrieved from old bones. Since only about 10% of the data is endogenous, powerful and computationally expensive methods must be employed to preserve, identify, and extract as much scientifically valuable information out of it as possible. 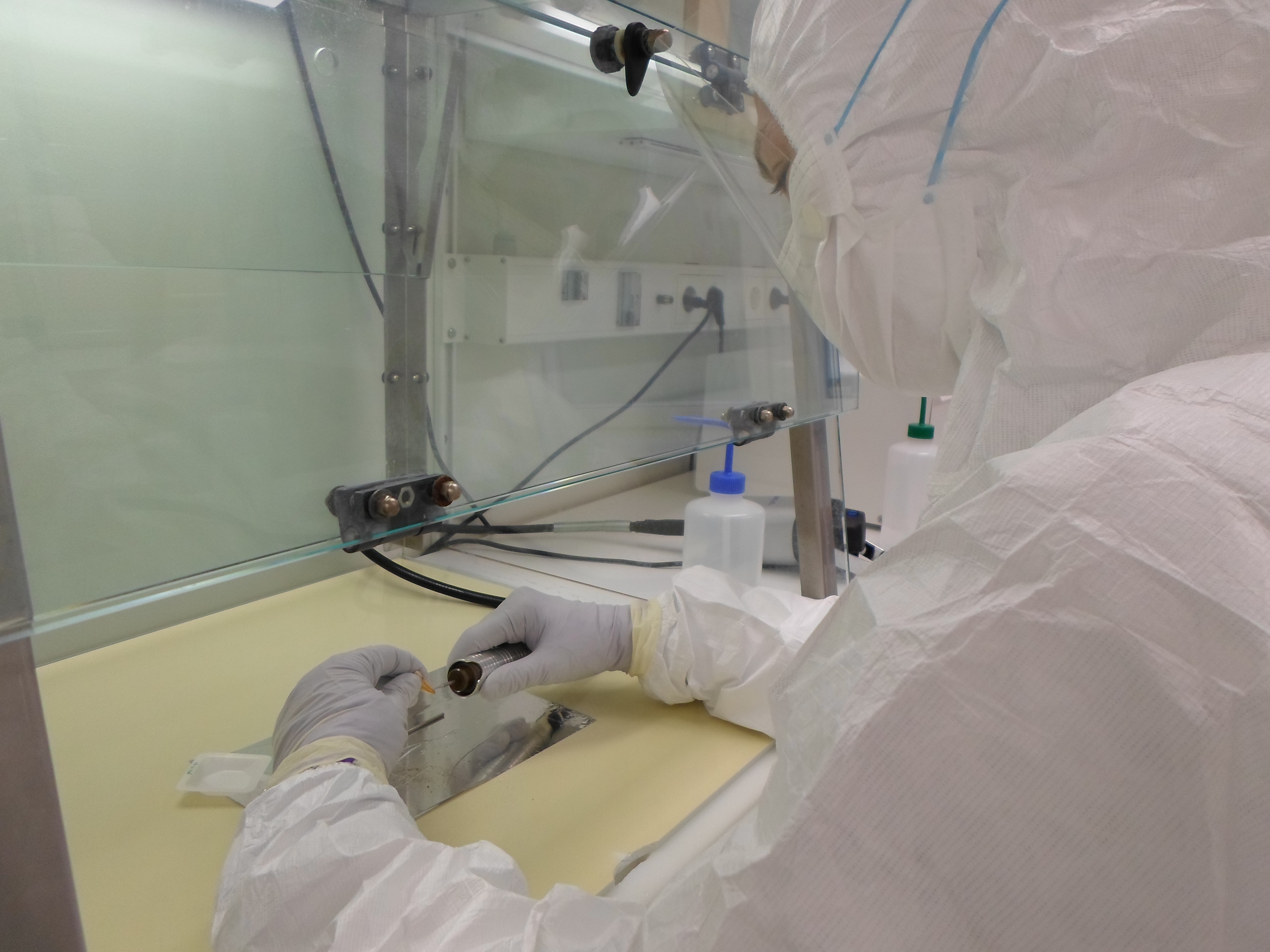 The research done by Arielle and her colleagues at the Jakobsson Lab is undeniably interesting. Unique skills and technology meet to produce data that would have been inconceivable a mere two decades ago, data that can be mined for new insights into a relatively unknown and surprisingly dynamic era of human history.